The Oriana is a TOD (Transit Oriented Development) being introduced by DMCI Homes as an exciting urban development concept. The two-building development is a perfect setting for those who want to move along within the city while enjoying the exclusive comforts of home.

Being part of a TOD, the Oriana has easy access to three train stations that will lead to various destinations and establishments in Quezon City, the rest of Metro Manila, and nearby provinces. Currently, the Oriana is nearest to the LRT-2 Station in Anonas St. one of the quickest ways to the west of the metropolis, such as Manila (Tutuban, Divisoria, and Pier 4), Greenhill's commercial centers, and the CBDs of San Juan, Cubao, Makati, and Taguig. If you want to go on the north side of Metro Manila, you can alight at the D. Jose Station in Recto St. and transfer to its interconnecting points to roam around the northern part of Quezon City. Going south, you can head towards the Baclaran Station if you want to go farther to Cavite. On the east side, you will enter Pasig City, and via the LRT-2 East Extension, you are too close to Masinag, Antipolo, in Rizal province.

On the other hand, the Triangle Park is a 250-hectare mixed-use development that is touted to be the next premier central business district (CBD) in Quezon City among other urban developments. Triangle Park rises along with the CBDs of Eastwood City and the Araneta Center in Cubao. The Triangle Park is made up of the North, South, West, and East triangles, where the north side is being developed by Ayala Land.

The World Bank believes that the Triangle Park will be the center of commerce and other commercial developments in Metro Manila in the years to come. Ayala Land earned the rights to develop the North Triangle in cooperation with the government’s National Housing Authority (NHA) while the East Triangle is given to ETON Properties under the Lucio Tan Group.

But there are more to look up to while living in the Oriana Quezon City. Your children will be closer to schools, cultural centers, and other best entertainment centers the city could offer. Not only that, the site brings easy access to other key destinations via the major road arteries in the area. 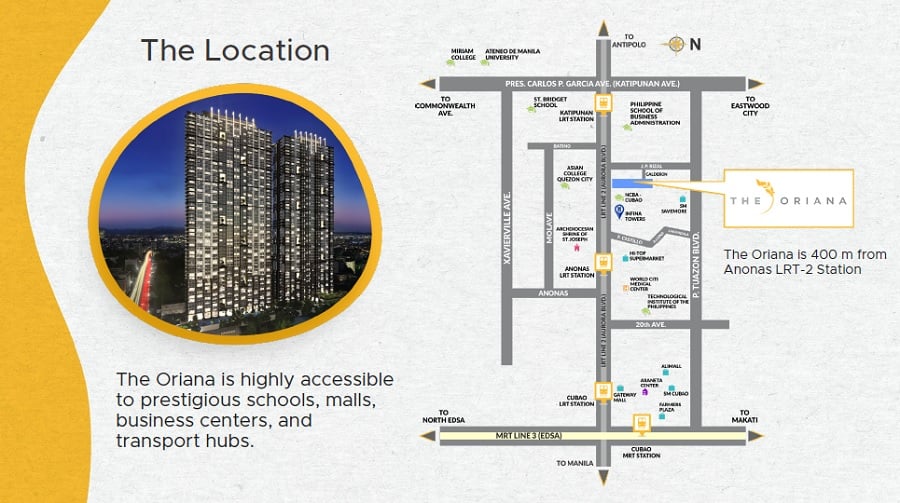 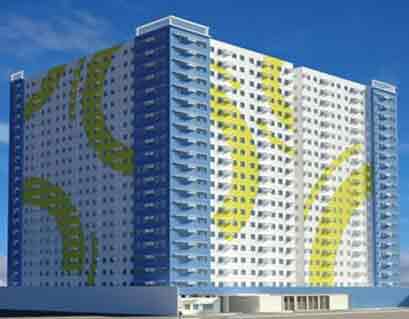